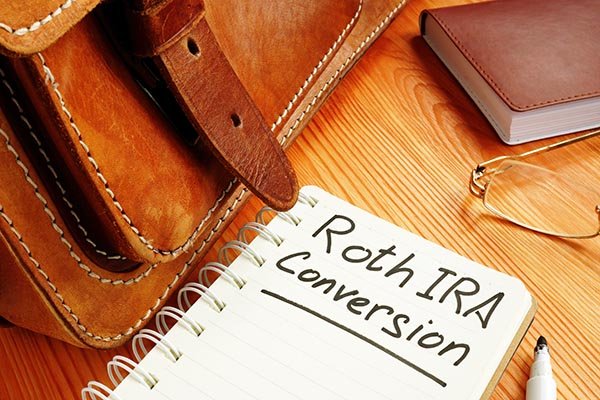 A Roth Conversion Could Benefit Your Business

For a business owner who has a taxable loss, a Roth conversion could be a way to eat some of the cost, according to Jason Deshayes, Director of Tax Planning at Cook Wealth Management Group. The taxable loss can be used to offset other income (like wages) on a personal tax return. With the IRA conversion creating additional income, the owner could use the loss generated by the business against the IRA conversion. For example, if the owner has $50,000 in wages, a $25,000 allowable business loss and a $25,000 taxable Roth conversion, the loss and conversion offset one another, leaving the owner with $50,000 of income. They would effectively only pay tax on the wages they have, Deshayes says.

Is a Roth IRA Conversion right for me?

But just because conditions are favorable for a Roth conversion doesn’t mean that it’s the right move for everyone. If you’re in the prime of your career, you might benefit more from the current tax deduction of a traditional account. By contrast, if you’re a young person new to the job market, or believe you’ll be making more money in the future (pushing you into a higher tax bracket), it might be a smart move for you to convert.

If you don’t have the cash on hand to pay the taxes on the conversion outside of your IRA, it isn’t advisable to convert, Deshayes says. Withholding money from the conversion to pay taxes ends up diminishing the benefit of the conversion itself and could trigger unnecessary penalties, Deshayes says. If you are younger than 59½, you would owe an additional 10% penalty on the amount that’s withheld for taxes.

How much should I convert from my Roth IRA?

It’s not only important to think about whether or not you will convert, but also how much. You don’t have to convert an entire IRA – just switch a portion that will not push you into a higher tax bracket, Joyce says. Retirees have to be careful that the income resulting from their Roth conversion doesn’t push them into a higher Medicare income bracket, meaning they would have to pay higher Medicare Part B (and possibly D) premiums. The good news is that, once you fully convert to a Roth IRA, you don’t have to take required minimum distributions starting at age 72, and can leave that money in your account to grow tax-free for yourself in the future, or your heirs.

No one has a crystal ball to show where stocks are headed from here (in other words, when it will make even more sense to convert). But the decision depends on your specific situation and your goals for your money. If you want to convert and didn’t in March, you may still have a good opportunity to do so.

Read the full story at Money.com.